Sell On Your Terms! Get Your Fair Cash Offer Today! 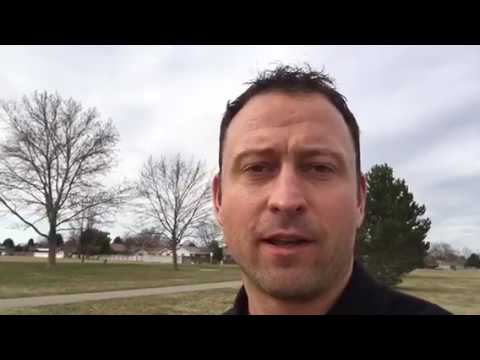 Sorry….but your bank does not care about you whatsoever and time waits for no one.

I had this revelation just recently as I got done meeting with some sellers. They are in dire need to sell their property, because they are one week away from the property being auctioned off by their bank because they’re in foreclosure. So, time is definitely not on their side. It’s not waiting for them. The crux of this whole situation, is that this certainly could have been avoided by these particular sellers…. Mostly because they haven’t been making payments for eight months. They had job loss, a cut in their income, and were unable to make the payments on the house. Unfortunately, as time went by, they got farther and farther behind.

Obviously, what these people had done is relied on hope that maybe they could get caught up by getting a new job and new income.

By the time they had actually replaced their income, they were so far behind that they couldn’t do it. They were in such a deep hole. During this time, they kept thinking there were other solutions out there.

In other words, they were hoping for other results to happen to them without taking any action. As the clock was ticking, they continued to hope. One month, two months, three months, four months, the clock was ticking. The bank was legally obligated to reach out to them and at least put them on notice of what their intent was, while at the same time probably offering them some different things that they could do to alleviate their situation. Maybe modify. Do a cash for keys deed in lieu.

However, these sellers or these property owners were not responding to that because that was the last possible option and there was shame in that for them. Which they didn’t want to go through. Who does?

They still weren’t taking the action and the steps to do what they needed to do to solve their problem.

With about a week left, they reached out to my company. Frankly after reading some of these letters that the bank sent them, hearing about some of the phone calls that they received, it’s all fluff. The bank offering them, basically presenting themselves as their friend.

Your bank doesn’t care about you.

Your bank doesn’t give a shit about you.

All they want is their money.

They don’t care about your job loss, your disability, your medical bills.

They don’t care that you have a loss of income for whatever your reason.

Back to the story.

Finally with about a week left, the sellers reached out to my company. We came out within 24 hours, next day. Sat down with them, analyzed their situation, had a conversation with them about what exactly it was that they needed to get out of the property for them to move on- because frankly they couldn’t afford to move and they were afraid that they couldn’t sell based off how far behind they were and what they owed on the mortgage.

We were able to lay out a handful of different options and show them, “Hey look here’s what we can do. We understand your situation, it sucks but life happens. Life happens and bad things happen to good people, that’s just the way it goes. We all know that, we’ve all experienced it.”

We were able to lay out some of these options so that they could formally make a sound decision.

They had to make a choice, but they still were happy with what they got out of their property. They were finally alleviated all this stress, burden from phone calls, stress about what they’re going to do next, and the how they’re going to come up with all this money to try to save their house.

Frankly, we just had a conversation with them.
Look here’s where you are, here’s the situation, this has obviously been a burden for you guys for the last eight months.

Let us help you.

Move on, take the next step, start with a clean slate, save your credit, eliminate the foreclosure and move. They were able to do that and they were very happy.
…..At least they seem to be very happy right now as we’re going to be closing here in the next couple days.

The point is this:

Where in your life are you having time work against you because you’re putting off a decision, or you’re not taking action on something that you should be?

I made a commitment in my quarterly goals. I made a commitment to do something and I’ve been working towards it. However, I didn’t schedule the appointment that I’m supposed to make to get my certification for this thing in time.
Whoops!
When I went to go sign up for it a couple weeks ago (I made the commitment in January and here we are in the middle of March) it was sold out. Now that’s a minor thing, but it’s a great example of how if you don’t take action upon your commitment and what you want for your end result, time is going to work against you. It’s another opportunity for somebody else to step in and take it away from you.

If you don’t take action and take control of your life, somebody is going to dictate for you.
Outside forces will dictate it for you.

Plain and simple.
If you’re facing a challenge in your life right now, and you’re hoping for a solution but not taking any action on it, the outside forces are going to work against you.

Hope is not a strategy.

Those that rely on hope will end up failing and not getting what they want.
If you’re looking to take action because you’re  in a situation with your property, call us.
Whether it’s in foreclosure, you’ve got an inherited property that you don’t want, you’ve been through disability, you can’t afford your property anymore, call us.

If you have some sort of financial need or financial distress within your property that you need to possibly sell, get an evaluation of what your property may be worth so you can sell and get some options on which routes you can go, just give us a call.

Reach out to us and we’re happy to have a conversation with you on how we can help you and go from there.

Thanks for stopping by. I look forward to talking to you guys soon.
Dan Walters

See How Much We Can Pay For Your House! START BELOW:

We buy houses in IDAHO in ANY CONDITION! We give you a fast, fair offer and pay all costs . Get your no-obligation offer quote below!

Hear What Others Have To Say… 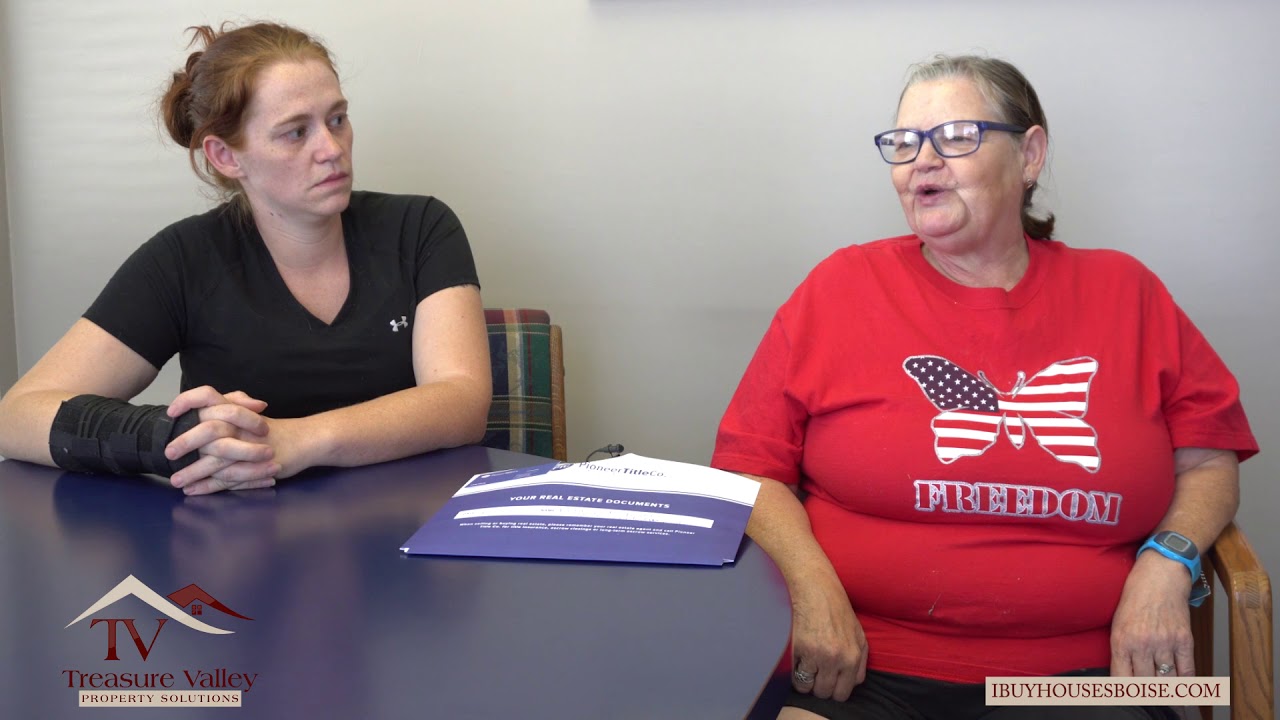 Kathy’s home had turned from a place of rebuilding to a place that stored all her bad memories. Kathy purchased the home after her husband passed away as and attempt at a fresh start. Her hopes of a happy future were held at bay as a fire, flood and death all took place in her home.

Kathy was paying for a home she no longer wanted to be in. She was afraid and overwhelmed. Instead of enjoying her retirement, she was spending her days stressing over what to do with her house. When Kathy reached out to us, she was ready for a solution. We were able to take the home off her hands and put money in her pocket. Kathy is now truly able to enjoy her retirement with her kids and grandkids.

We were able to remove the burden and free Kathy up to have the life she wanted. We are thankful to Kathy for taking a risk and reaching out. We gave Kathy freedom. What can we give you? 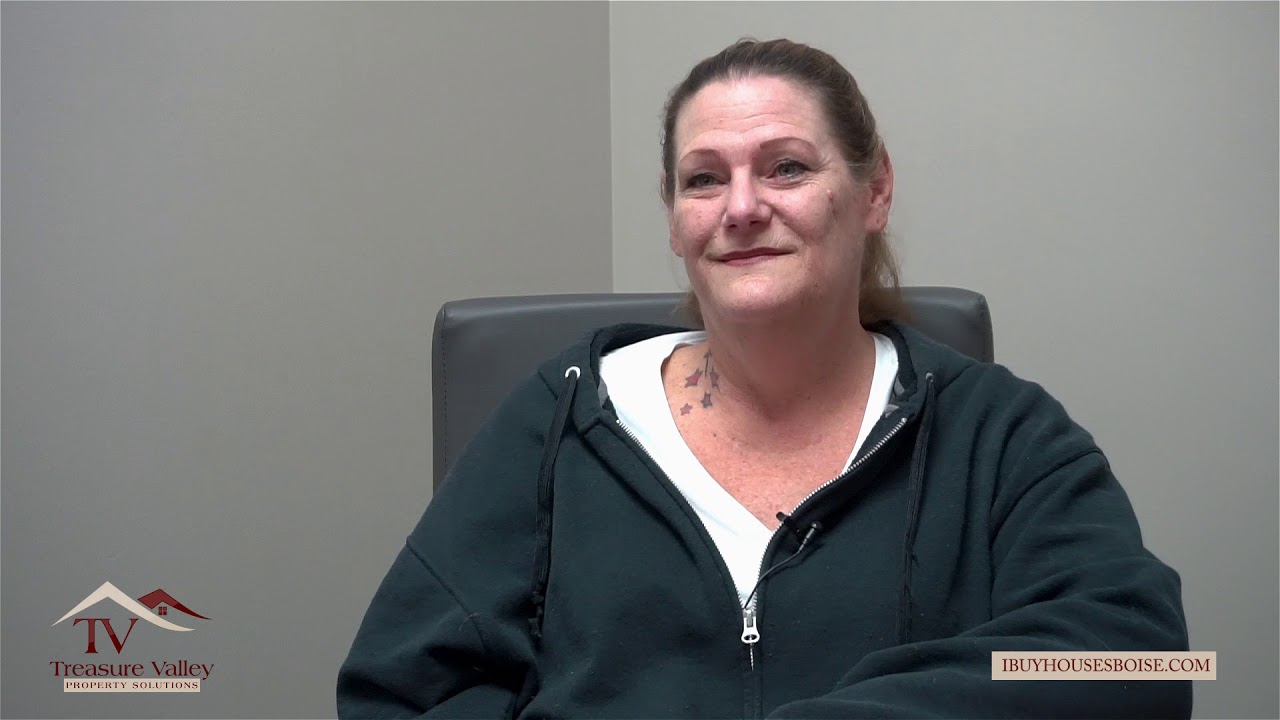 “My house was going into foreclosure and I had no way of paying. I explained my situation and he (Dan) said he could help me out…it was very comforting and anything I needed, he was there for me.”

Areas We Buy Houses In…

Call Us Today! or Text Us Today!